LIFE IN THE WAITING – AN UNWANTED NEW HOME

You’ve stumbled upon a four-part blog series called THE WAITING. This is Part One.

You take it on faith, you take it to the heart
The waiting is the hardest part

I’m not too great at waiting.

When I was a kid, my family always opened our Christmas presents on Christmas Eve, rather than on Christmas morning. My family would gather together, along with Harold and Hattie (my grandparents), and my grandmother’s older sister who we were told preferred the name Big Ann. I know that sounds like a horrible name, but she wasn’t really a big woman at all. My mom was named Peggy Ann, so she was known as Little Ann, and her aunt was named Anna Mae, so she went by the nickname Big Ann. So there was Little Ann and Big Ann. And if that wasn’t bad enough, Big Ann’s last name was Stacks, and that’s just an unfair thing right there.

So we all gathered in our living room, every Christmas Eve.

My mom would make this incredible crab spread, and she baked that over a multitude of English muffins. She’d also submerse those little hot dogs in her original BBQ sauce, and they cooked in the Crockpot all afternoon. This plethora of special food was quenched my mom’s amazing punch that featured soda and lemonade and fruit and sherbet. There was never any alcohol allowed in our house, but I’m not entirely unconvinced that my dad didn’t drop some Vodka into the punch one year. But I was never able to prove it. I only knew that my chest was warm for much of that night.

I remember those Christmas Eve nights as if they happened yesterday.

The evening’s itinerary was predictable. We’d drive over to Big Ann’s apartment and pick her up because she wasn’t a very good driver. She’d come over and keep an eye on the Christmas presents while my grandparents and parents and brother and I all went to the Baptist church for the Christmas Eve Candlelight service. I’d act like I was listening to the stories about Mary and Joseph and the angels and Herod and some shepherds, but I was really counting the seconds until the pastor said that magical closing prayer, and we were dismissed.

Dismissed to head back home to open our presents.

But when I was a pre-adolescent, our Baptist church decided that they wanted to reach out to the community on Christmas Eve. And some person in some brainstorm meeting must have said, “We should offer a midnight Christmas Eve service this year!” And then some other important person must have agreed, and then the Senior Pastor probably said, “That’s a brilliant idea!”.

And that was the year that the Midnight Christmas Eve service became a thing.

And unfortunately, that meant that we’d have to wait to open our presents. Waiting has never been my strongest character quality, and this wasn’t making things any better.

I remember the exact location in our pink-tiled kitchen when I expressed the gravity of the situation to my mom and dad. This was a really important Christmas Eve agenda item, as I saw it. So I asked my parents, “Please. For the love of God, do we have to go to the Midnight Christmas Eve service at church?”

My mom always had this special gift of mixing equal amounts of love and guilt manipulation together. She was really good at combining those two so that, in some magical way, I couldn’t really identify where the love stopped and the guilt began. The line was blurry that way, if there was any line at all.

So I responded with something like, “No Mom. We get to open our presents. We have to go to church in the middle of the night.” And then my Dad told me not to backtalk my mom, and he scared me to death in moments like that, so I just nodded and told them both how much I was looking forward to the Baptist church’s midnight Christmas Eve service, and about what a great idea it was to invite the community to a Christmas Eve service at that hour.

We went to church, and there were 17 other people there. We opened our Christmas presents the following morning, apparently like the rest of the world was accustomed to.

THE WEIGHT OF THE WAIT

I suppose that if we were to get a little more serious about the experience of waiting in our lives, we’d agree that it’s really hard to do, and that the difficulty in waiting seems to be multiplied by the weight of what we perceive to be at stake. Waiting is heavy that way. It’s not something we feel as much as something we carry.

And as we carry our own personal Wait, there’s usually an ache that accompanies it in some form or fashion.

Not the guy from the Bible, but the thing we do every day.  Some folks are stuck in a job with a crazy authority figure, and maybe their boss tries to get ahold of them constantly during their off time because he has no boundaries to speak of, and maybe the employee knows that he can’t handle this any longer. But he can’t figure a way out. And he goes to work every day just dreading the part where he has to get out of his car and make the long walk through the main doors, and into his cubicle. And he finds himself just hoping that God will do something, or that his boss will be transferred to Siberia, or that a better job offer will come his way. And whatever happens next, he’s not sure, because he’s not in control. And he can’t remove it from his mind, even when he’s with friends or family. And that’s because waiting is heavy.

This is really painful, and I know I’d treading on some hallowed ground here. Some amazing parents have children who, right now, are wandering far away from everything they taught them to be. Maybe they’re making bad decisions that they don’t realize will impact the rest of their lives. Maybe they’re running as far away from God as fast as they can. Whatever the case, parents can find themselves just waiting for them to, in some sense and in any sense, to just come home. And there’s that word again. Waiting.

So many people are in chronic pain these days, mostly from some form of inflammation or unexpected disease. As I write these words, I’m there with you, and I’ve been there since January 2014. I really wanted to write these thoughts after my health got better, and after the surgeries would have fixed the things in my body that need fixing. But pain is a great perspective to have when creating any form of art, let alone when writing something important. So I’m writing all of this from the middle, and not from the end. And whether the doctors know and see and understand what’s ailing us, or if they know nothing at all about why our symptoms don’t seem to match the MRI’s or the CT scans or the blood work-ups, we find ourselves waiting. The common phrase I continue to mumble to others who want to listen is the very same phrase I hear others mumble to me. It’s a phrase that my wife Angela and I have been saying for 30 months now. We want our lives back.

WE WANT OUR LIVES BACK.

And perhaps that’s simply another way of putting the heaviness we feel in our hearts into some form of wishful thinking that’s also as full of any raw faith that we can muster. And make no mistake… this waiting feels like a thousand pounds.

When someone is single, the internal voices can get overwhelming. It was never her plan to wait this long to find the right man. And it’s easy to become more lonely than she’ll ever admit to anyone, even to her closest friends. And then her friends all get married off, and not only does she feel more alone, but she also must learn to transition into a new phase with her friend who just had the wedding. This is a most difficult version of waiting, because she’s picky and she’s beautiful, and she already knows that she’s doing the best thing, especially after she’s seen so many people settle for second or third best, and maybe she even grew up in a home where her parents obviously settled for second or third best with each other, and she’s committed to living in the lonely light rather than living in the miserable dark with someone who drains the life out of her. Which leads to the next type of waiting.

Many people are married, but they’re lonely. Some of them, if they were forthright and had enough courage to admit it, would tell you that they’re far more lonely within their marriage than before they ever said “I do”. Married people get into this thing with this person on this day after this period of courting and dating because they knew they were in love. At least they convinced themselves that there were. And now it seems more like a prison, and they’re just waiting for her to change, or for him to change, or for some version of the magic marriage fairy dust to land all over their love relationship. He wants more sex. She wants more security. And one of the partners spends far too many nights on the couch, not because they’re kicked out of the marriage bed, but because it’s the only place they can cry and pray out loud without waking up the rest of the family. It’s like no one ever told them that they could be both married and lonely at the same time, under the same roof. Or the pre-marital counseling pastor warned them of this, but they weren’t listening to that part of the six-week program.

All of these scenarios, and many that have been left unidentified for the sake of the word count, are far more than a verb.

Waiting. That word is a verb. It’s an action that we do, that we perform. We wait.

It’s a place. It’s a location. It’s a prison. And many of us have taken up residence there. The Waiting is an unasked for walled space that keeps us from moving forward because someone or something outside of our control is controlling us.

THE WAITING IS THAT SPACE THAT KEEPS US FROM MOVING FORWARD BECAUSE SOMEONE OR SOMETHING OUTSIDE OF OUR CONTROL IS CONTROLLING US. 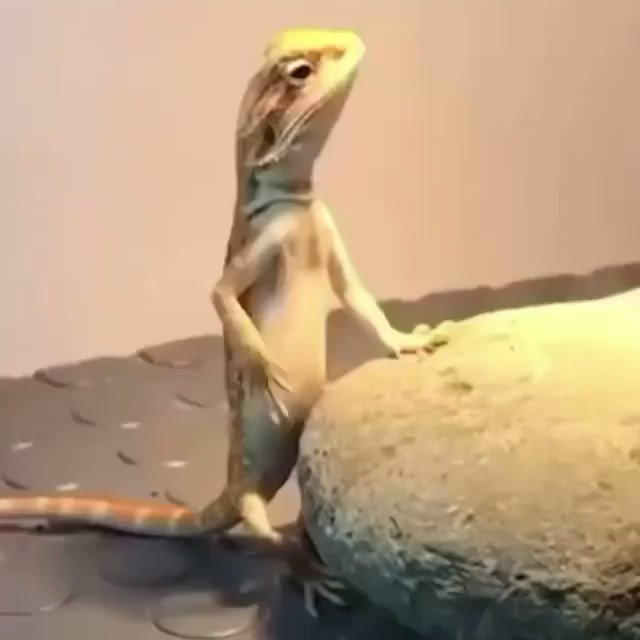